Celebrating the Best Contributions of Week #5

The results are in!

A windfall of creativity
Together, we visited 22 abandoned places. And we’re almost sure we only died once!

And the winner is:

"When I arrived at the house on 5th street, I had this really weird feeling, like I was standing on the surface of another planet. It felt wrong, as if I was a magnet being pushed against another magnet of the same polarity.” 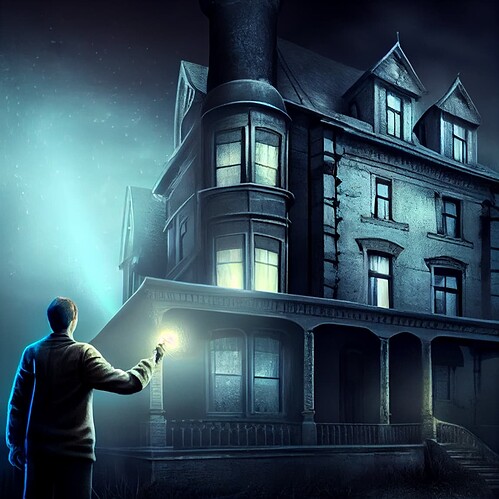 That feeling is your subconscious trying to save you. A dilapidated gothic villa that wasn’t there yesterday? Go home! Have a glass of wine! Get yourself a sane hobby! But the explorer is a character in a mystery and acts accordingly. Soon we find ourselves inside a building that seems uncannily perfect. Seamless, if you want. One sentence after another, the author ropes us in. We’re certain that this will end badly, but the storytelling is irresistible.

Congratulations, @RTGraver, and thanks for the nightmares – one full year of Papyrus Author+ for best entry goes to you!

“ No crickets reside in this part of the city, grass nonexistent because of the foot traffic during the day. A few stray dogs venture about only to look for food in the small piles of trash, and so the only sounds come from the rustling of tattered plastic and swept lottery stubs."

@athena’s entry transports us to Saigon, taking advantage of the cheaper flights that arrive before dawn, and takes us past the markets. It conveys an eerie atmosphere, ringing with the sounds and bustle and heat of the day.

“Down, relentlessly down. (…) Lights reflected on weird creatures as we descended, external lights flickering as the currents hit us. Methane snow falling all around us, chemical flakes tumbling faster than we were. There’s nobody here."

It won’t be long until the submarine in @Jer’s entry is an abandoned place in its own right, to be explored by deep sea creatures.

It was a joy following you to eerie places. Keep on writing!

In the seventh week of Turning Tales, we dabble in alchemy.