How long do you wait before you start editing your novel?

„THE END“ – you’ve done it! You’ve finished your novel. You exhale, close your notebook and, still slightly dazed, make your way to the fridge.

Get some distance from your writing, writing guides say. Leave it be for a while.

While we’re working on a text, we often find it hard to read it critically. With time, however, we can “forget” what we’ve written – at some point, it almost feels like someone else crafted those lines.

We look at our piece with new eyes.

This can be useful when we’re not quite satisfied with our work but don’t know why. Maybe we were completely sold on a side character when we wrote it, but now realize they’re superfluous.

Conversely, we sometimes need a little distance to realize that we’ve created something truly fantastic!

Do you take this advice to heart? Does the “fresh perspective” help you develop your writing further?

How long do you wait before you start revising your novel? 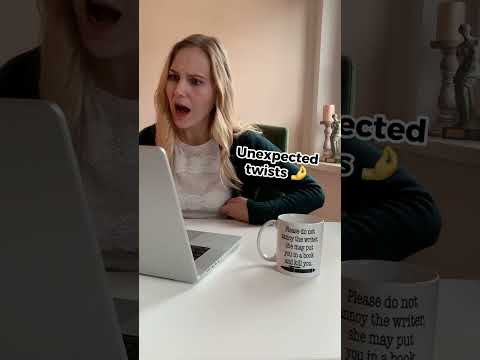 I leave a completed novel for at least a month before going back to review. Our minds will play tricks on our eyes. When we have been close to a story, we will read the words and know what is supposed to be there. If you give it a rest, the fresh read exposes what is written versus what we think we wrote.

I’ve actually been wondering how to do this myself especially since I am getting close to the end of my first novel. There have been times between writing where I have left if alone and have gone back and read through the last few pages that I had written and I am able to create my next chapter pretty well, but when it’s the end I’m not sure. I like getting others perspective on my work for the first time I haven’t talked extensively about my book with anyone and though I have tried talking to my husband about it he won’t let me talk to him about it. He does want to read it but only once it’s done which I am starting to like the idea of because it will be able to give me an unbiased opinion about the book as a whole and possibly areas in which need more work or need to be fixed.

That’s true. Brains don’t differentiate very well between what they expect to see and what’s actually there – or isn’t.

To what extent do you edit and rewrite? Do you work predominantly on details like sentence structure or word choice or have you changed big things like … the whole entire B plot?

From my experience, that’s wise. If you talk about your book to too many people, every one of them is going to have an opinion on it, and especially in the beginning I found it hard to differentiate between helpful ones and those that didn’t make sense. Do you have beta readers you trust?

I work on both issues. As I write in a virtual trance on the first draft, I am simply dumping the action from the movie in my head. I don’t slow down to add fluffy sentences, character traits, or punctuation. On the second draft, I fix all of the errors, holes, and descriptions.

The next big problem is timeline. With thriller, action stories, often multiple things happen at the same time. The writer must also craft the story to have multiple characters arrive at a point of conflict at the correct moment. For example, the chapters must be arranged in an order that bad guy 1 makes progress through time and action so that he or she arrives at a location to confront good guy 1. The chapter information cannot be stale at that point.

In my current writing, unreleased novel, I have a bad guy thrown in prison in a foreign country. Over a period of several months, a few bribes, and other actions, he makes his way out to come after the guy who helped put him away. At the same time, the good guy is living his life and must do things that will put him in a place at the right time for the conflict to occur. Lining up these two action timelines can be tricky.

I’m hoping the timeline function with Papyrus will help keep such issues straight or at least make the job easier.

I agree I found it really hard to get a good sense if my book was actually flowing and if it really did make sense to other people other than just myself. I have my husband who is willing to read it once it’s done and because he has no idea how the story is going, I know he will be able to give me honest feedback but other than him I don’t have anyone else that I would be able to have read it and then give me feedback.

Does the “fresh perspective” help you develop your writing further?

Absolutely, though I think it’s different depending on whether I wrote a story in a short amount of time, say at NaNoWriMo, or if I’ve been working on it over a (very) long time. In the latter case I can get annoyed with my own WIP to the point where I don’t even want to touch it anymore. Then, it can be very helpful to take a step back and give it time. Like with any relationship there’s a chance I fall in love with the story all over again if I don’t fixate on it for a while

Reading with a fresh perspective might then lead directly to the underlying problem that kept bugging me all this time.

With NaNoWriMo projects the problem is of a different nature, as I sometimes don’t even know what I’ve written in those four weeks. Letting the dust settle helps clearing my mind about what I intend with the story, and what I want to keep or where to expand. In the meantime I can air out my thoughts for a while and clean house, like after a great big party. You just find your way around much easier after that